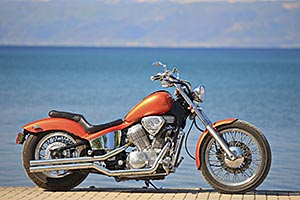 Have fun with these facts about the history of the motorcycle.

Click here for more great articles from our Learning Center

Protect your bike with a policy just for AARP members.

Have a friend who may benefit from a Foremost policy?